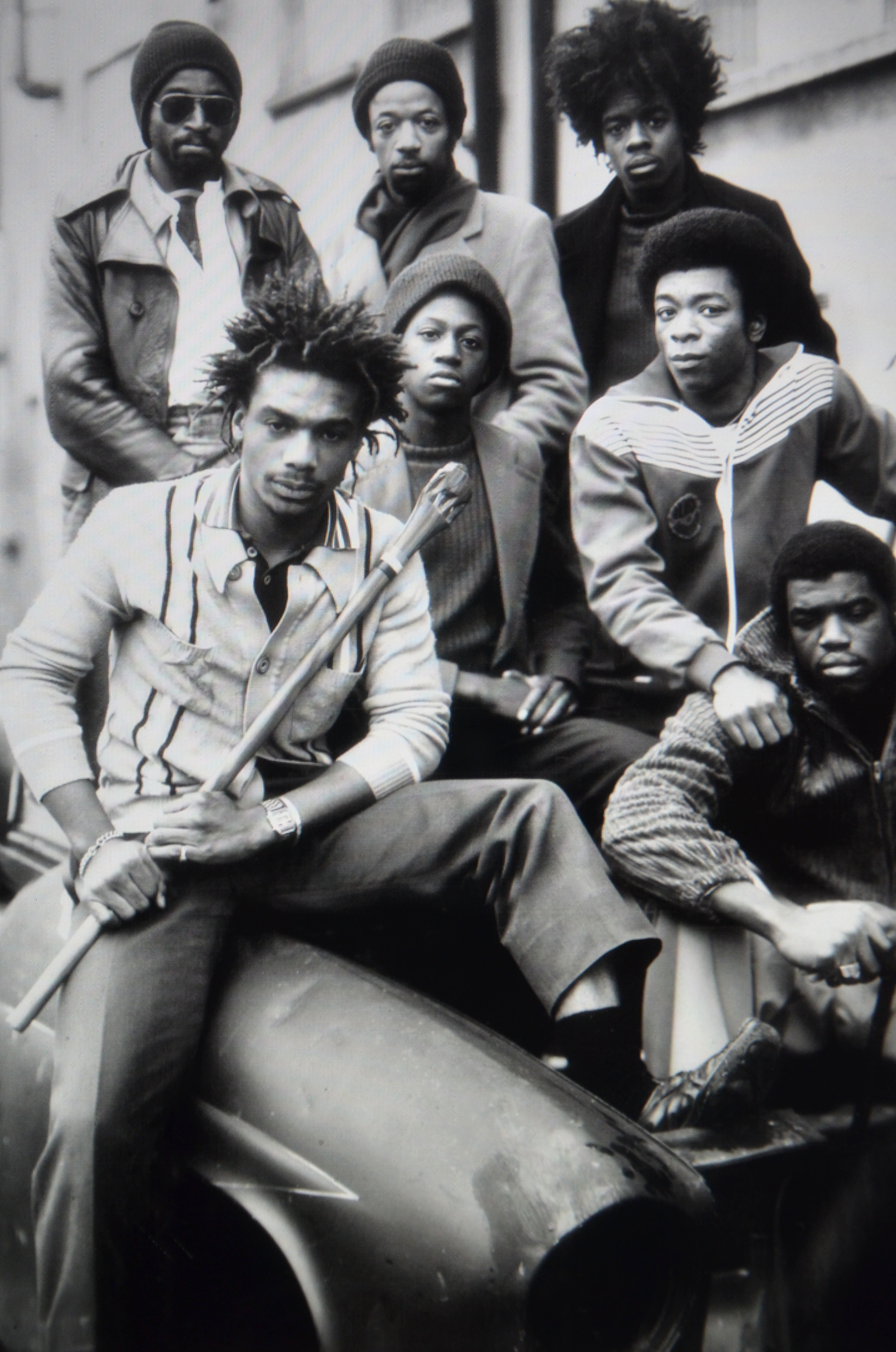 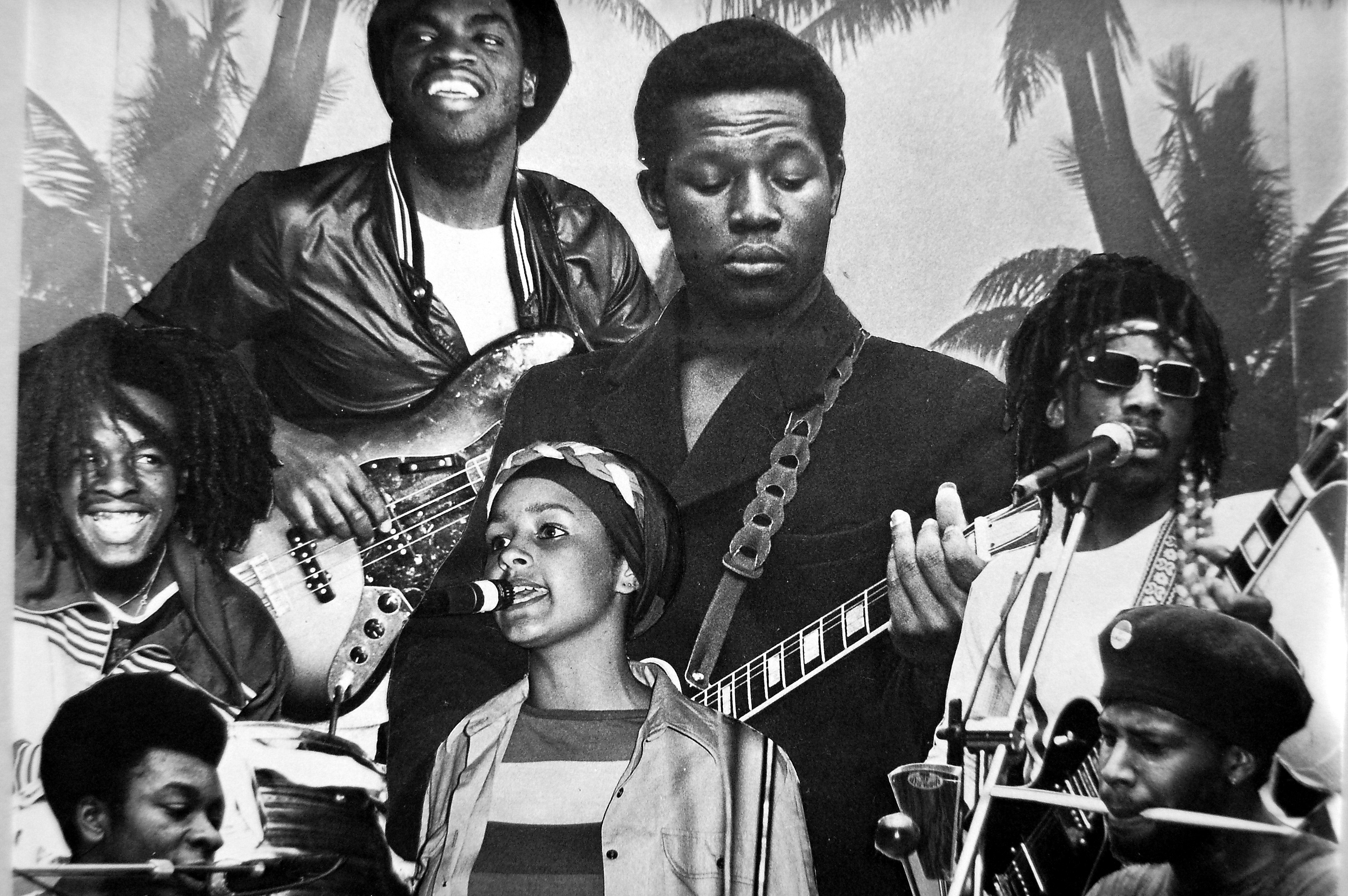 Ebony Rockers were formed in 1979 in inner city Southampton at a time when the condition of “Black Youth” was a matter of national concern culminating in the famous Scarman Report.  The late 70s and early 80s were politically and socially vibrant times for African-Caribbean youth across the country - with inner city riots, unemployment and stop and search issues making young black men especially aware of their community and culture.

It was against this background that  teenagers from around the Newtown and Nicholson areas of Southampton began playing music - inspired by the reggae artists of the day and reflecting their own lives, conditions and aspirations.

The original members were in their late teens when they got together and included Ivan Dellimore, Bing Lewis, Neville Virgin, George David, David Ellis (Eggy),  Versell Gordon(Scratch), Duncan Carberry and Rose Jones; all living in the city's close-knit African-Carribbean community. 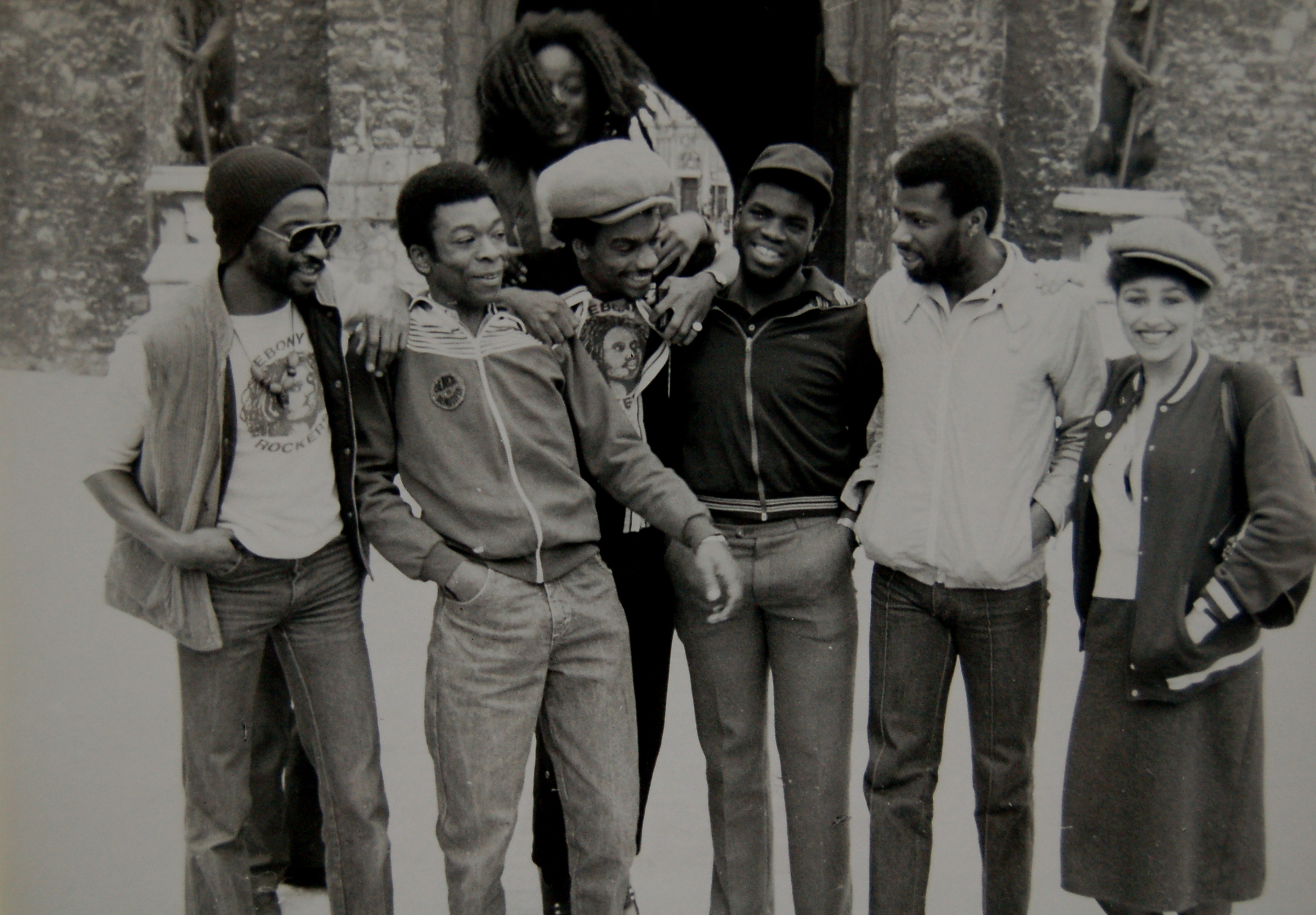 A youth and community worker Don John saw their potential and set about managing them, and with a rudimentary knowledge of music they grew to become local heroes within a community and in a city bereft of black role models.  Their status was further enhanced when they qualified for the finals of the Melody Maker Battle of the Bands national competition. Judges Annie Lennox and John Conteh, amongst others, were impressed by their talents; and their success resulted in a recording contract with EMI Records. The band toured extensively in mostly the South of England and established an enthusiastic following and collaborated with Black Slate, Aswad and Steel Pulse amongst others.

Over the years Ebony Rockers reformed, on a number of occasions , with some of the original members and have continued to play with a variety of different musicians further enhancing the band’s wonderful mixture of music influenced by Reggae, Soul, Hip-Hop and other music forms that have played a part in their life experience as the children of the “Windrush Generation” and are still viewed by many as a significant part of the Black History of Southampton

However one legacy of the band emerged in early 2000 when bassist George David's son Craig was very successful in the RnB world and went on to be a huge international star A young Craig saw the Ebony Rockers rehearsals and as Don claims:  "We like to think that it rubbed off on him!"

Don John is a Director of Voice FM radio station. Known as “The Voice of Southampton the station broadcasts live on 103.9FM locally and online worldwide. Don also produces and presents Soul Train which has been running for almost 10 years, every Tuesday night, and Night Moves one of the very few reggae shows in the region. 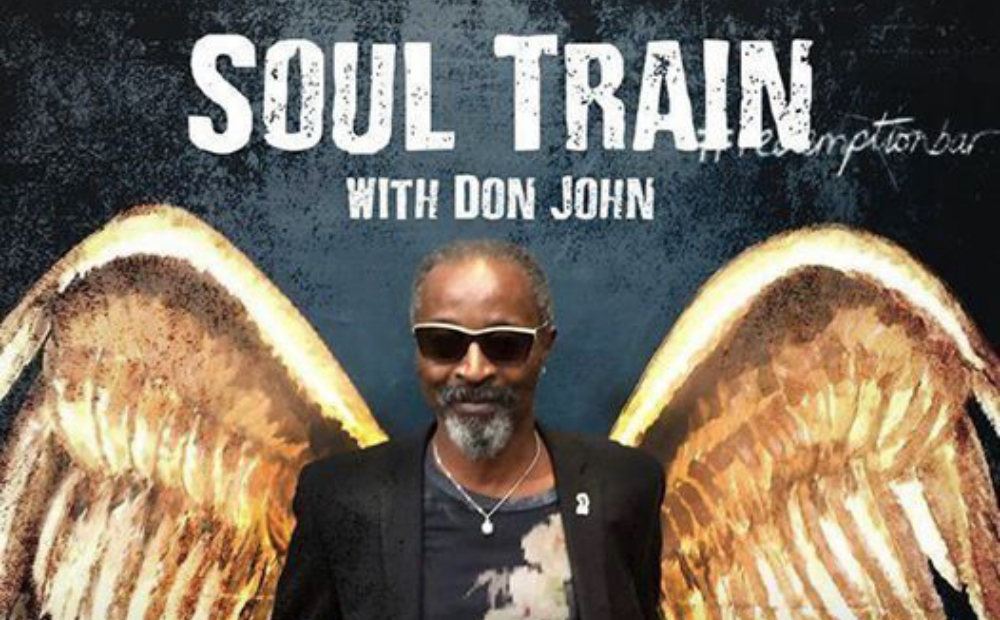 Soul Train  is 60 minutes of Sweet Soul Music hosted by Don John with an eclectic mixture of Soul, R&B, Hip-Hop, Jazz, Funk and more. This is interspersed with social comment, history, news and reviews from a local, national and international perspective. 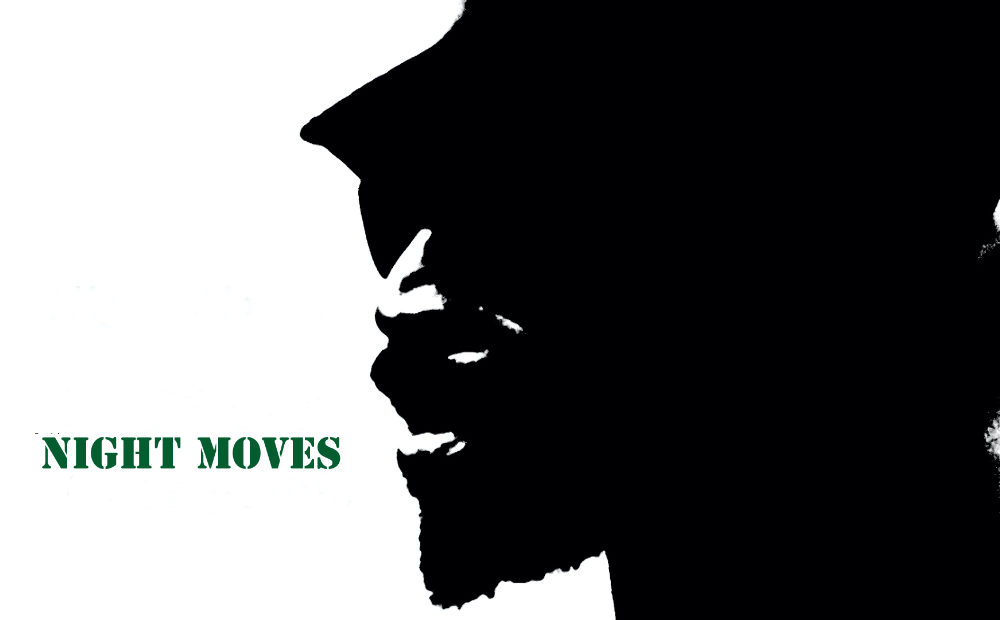 Night Moves is a reggae show that plays 60 minutes of sweet Reggae music every Tuesday. The programme hosted by Don John has been on the air for over a number of years and is the only regular Reggae show in the region. The programme also brings you news and information about what is going on in the world of reggae locally, nationally and internationally.
Click here for Soul Train/Night Moves
don@donjohn.co.uk
HomeBioBlack HistoryMusicFilm/ExhibitionGallery